Morning
Well, only 4 more sleeps until Christmas! yay! Can you tell I love Christmas?
In fact, I have stopped mid-writing to go and turn my tree lights on. How very remiss of me!

Anyway, following on from my review of her excellent novel, The Girl, The Gold Tooth and Everything, I am delighted to welcome author, Francine LaSala to the blog today. And remember the giveaway to WIN a Kindle copy of the book is still open, with the winner being drawn on Christmas Eve. Good luck!

The book title, The Girl, The Gold Tooth and Everything, is pretty unusual, but once you start reading, also self-explanatory. Did you choose the title yourself, or did you have help and how did you arrive at it?


I always chose my book titles myself because I actually need to know what the title of a book is before I can coherently write it! My stories generally come out of my titles. I may have notes about characters and scenes running through my head before I have a title, but once I know the title, I know the book. Case in point: For several years now I’ve been working on a novel, possibly a series, about Dionysian nymphs living in the present. I have no idea what this book is called, so pretty much all that’s happening is that they’re jumping back and forth between the present and ancient Greece, drinking heavily and having lots of hot sex. I really don’t know why they’re even in the present yet, and I know that having that title will help me figure it out. But the title just won’t come to me, so for now instead of a book, all I have is an orgy. :-) There’s an old book and movie, from the late ‘70s or early ‘80s called The Girl, the Gold Watch & Everything. I always liked the musicality of that title, so I guess that’s why mine popped into my head so quickly. Though I didn’t expect there would be so many other “Girl” titles swimming around in the world at the same time as mine.


How much research, if any, did you do into the topic of amnesia?


Hmmm. I forget... Ha! A little amnesia humour! (Which is me trying to avoid telling you that I didn’t do as much research as I could have done--not because I’m lazy, though. It’s important to my story, my fictional story, that Mina not remember too much too quickly at the risk of going completely insane. The truth is, I guess I would rather not know if that’s really possible, so I didn’t dig too deeply into things...)


There are many layers to the book and the characters in particular? Which did you prefer writing - the character layers or the plot layers?


I’m a character girl all the way. I love my characters, and sometimes I loathe them. But they are everything to me. Once they’re in my head, they don’t leave me alone. They talk to me, they talk to each other. They impose themselves everywhere. They’re like my children. So characters always come first for me. The good thing about my characters, though, is that because they are so in control of me / my writing / my mind, they also let me know how the plot should unfold to accommodate them. So they are intrusive, but at least they are helpful!


Char-a’tee Pryce all the way. I freaking love that woman. I love her so much in fact, I want to be friends with her. I’m considering a spin-off for her. If not a novel, maybe an empowerment book... Hmmm...


What’s real and what’s not real is a key theme running throughout the book. Did you always know from the start what would be real and what not real, from the moment you started writing or did it evolve along the way?


Definitely evolved as I wrote it. I think that’s all I can say...


The uncle figure was both likeable and not to be trusted at the same time? How did you manage this?


Oh you mean he worked? Whew! Thank God! I worried about that. I loved him all the way through, but even I didn’t trust him half the time. I had to pay very close attention to everything he did and said. In fact, I had to do this with all the characters to keep them as ambiguous as possible. No easy feat! 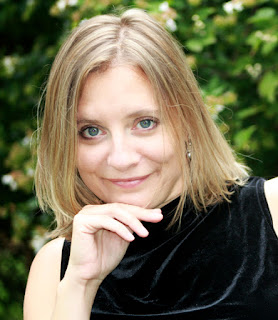 The husband doesn’t seem to be around much. How do you think the story would have changed, had he been more present?


I love Jack, but I think he would have gotten in the way had he been around more. I think for the reader to really feel for Mina, her isolation, her loneliness, was key. She probably would have started remembering certain things more quickly if Jack were around more, but then there wouldn’t be a story!


Although I haven’t yet read your first novel, Rita Hayworth’s Shoes, the subject matter and genre seems quite distinct. Do you think you will genre-hop much in the future and if so, which genre or specific theme would you like to write?


I love jumping genres! I think as women, as people, we’re all multi-faceted. As a writer, I can’t help but be that way. Sometimes I’m silly (Rita), sometimes I’m lost (Girl). Like everyone else, I have a past, and residual pain from my past, which is central to my next novel, A Comfortable Madness. This one is kooky like the others, but it will be considerably more dark than what readers are used to from me. There probably won’t be any westerns or sci-fi in my future books, but I don’t think I can just do “romantic comedies” or “psychological dramas” or whatever. I know it’s important from a marketing perspective to pick a genre and stick with it, but for me, I don’t see how that’s going to be possible.


The scene with the uncle, the outspoken friend, and Mina in the café where her friend tells her not to put up with the bank’s threats and Mina becomes empowered is one of my favourites. What was your favourite scene and why?


Great question! Definitely has to do with Mina getting her mojo back. I think the scene in which she returns home after standing up for herself with the shopkeeper and tears into the creditor on the other end of the phone tops the list. I did also like the scene at the house with Char and the cement mixer around the end. (Or any scene with Char for that matter. Did I mention how much I love Char-a’tee Pryce?)


I don’t know why I wrote such a complicated minefield of a book... Again, I’m not really sure how to answer this specifically without giving everything away. My generic response: Some were always meant to be bad or turn out bad, and stayed on track. Some were always meant to be good and also stayed that way. And some surprised even me! How’s that?


Between these, egg nog for sure. But champagne could also be considered a holiday drink, right?


What do you have for Christmas dinner and is it similar every year?


We look forward to Christmas dinner every year. Prime rib is the main event, though what my in-laws decide will be the side dishes changes by the year.


Do you put up a tree, who does it in your family and what’s the best bit of the tree for you?


I know this will sound “bah-humbug” but I have no part in putting up our Christmas tree / decorating for Christmas. My husband does it with our kids, usually the Sunday in early December that I sneak away for my good friend’s yearly birthday brunch. It’s terrible, I know, but he’s an architect and therefore more visually- and design-gifted than I am. And as I’m the one who usually dismantles everything and puts it away, if it was left to me to decorate, the tree would probably have about three ornaments on it!


Do you put up any additional decorations, lights etc? We’ve seen the American movies!


We live in a condominium complex (art imitates life!) and they have pretty strict rules about what we can put outside (and painfully so!). Though this year, my husband got creative. We have a fake tree and one year a section of it burned out. The manufacturer sent us a replacement, but my husband held on to the broken part--the very top section of the tree, which on its own looks like a little tree. This year he strung it with lights, draped it in ribbons, and “planted” it in one of the empty pots on our patio. My husband is awesome.


Do you allow any Christmas presents to be opened before 25th?


We celebrate Christmas Eve with my extended family so those presents get opened on the 24th. It’s a party that lasts well beyond midnight. When we get home, we tuck our kids in and spend the remaining wee hours of the night playing Santa, and then the children open those presents Christmas morning.


Do you eat breakfast on Christmas morning and if so, is it something special (I am still holding out for scrambled egg with smoked salmon and a glass of pink champagne - guess it won’t be this year!)


One glass of Christmas champagne is good for the little one! And congrats by the way about that. So exciting! We’re generally so wrecked from Christmas Eve, and our kids are way too excited to eat, we pretty much end up nibbling on the cookies “Santa” doesn’t finish.


What would you like from Father Christmas this year?


Have you ever, with your own kids, had that moment of panic when you realise what they have asked for, simply cannot be got anywhere for love nor money? If not, can you recall this ever happening to your parents trying to get you something? What was it?


This question is far more interesting than the answer’s going to be: Nah. Sorry! We don’t get that nuts over these things in my family--not the generation before us or the next generation. We’re all pretty easy that way. (That way. THAT way. We’re no angels, believe me!)


Most awful present you have ever received (suggest you go back a few years, so as not to offend anyone!)


Ha! I just answered this question for an 8-question promo I did with some author pals!


For me it was a pair of powder pink potholders and apron from my then-boyfriend for our first Christmas! The awful part of it was here we were in our “lingerie days,” and he’s already domesticating me?! Of course the upside is that I still have that apron--and that guy. We’ll be married nine years this coming Valentine’s Day!


Thanks so much for having me, Sooz! A very Merry Christmas to you and your family, and lots of love and blessings to you in the New Year! 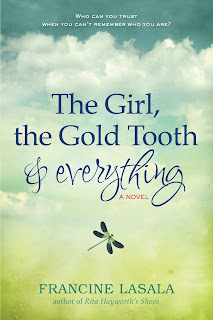